WAKE4D is a fast-time simulation platform allowing the 4D (3D- space + time) characterization (transport and decay) of aircraft wake vortices. It takes as input the aircraft characteristics (trajectory, weight, flightspeed, span, etc.) and the meteorological conditions (wind, turbulence, temperature stratification). It uses simplified physics-based “engineer” models that accounts for the effects of the atmospheric conditions and the ground proximity. Those models used in the WAKE4D platform have been verified against experimental measurements (see publications).  WAKE4D also provides a statistical characterization (mean, envelopes, etc.) of the wake vortex behavior using a Monte-Carlo approach.

The platform was used to support the acceptance, by French DGAC, of the Wake-Independent Departure and Arrival Operations (WIDAO) concept at Paris-Charles de Gaulle airport in 2010 in collaboration with EUROCONTROL. 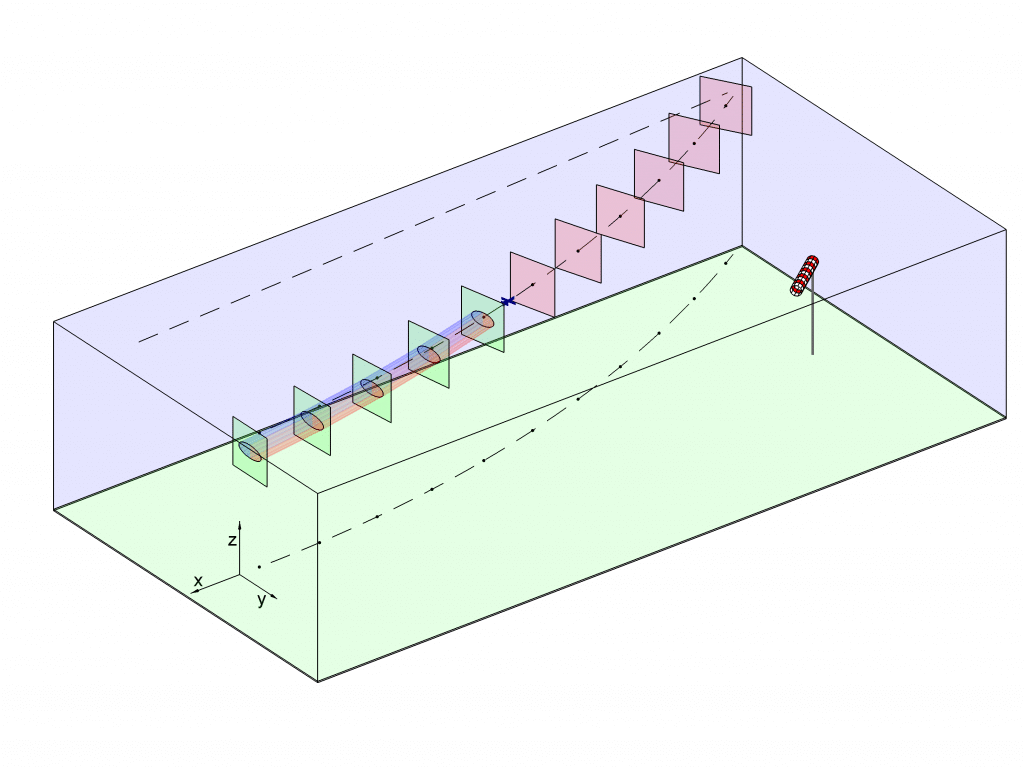 In the WAKE4D, the computational domain is divided in different computational gates, crossing the flight path, separated by a constant time. The aircraft crossing one of the gates generates a pair of vortices that are simulated using, as a subtool, either the Deterministic wake Vortex Model (DVM) for a deterministic run or the Probabilistic wake Vortex Model (PVM) for a probabilistic run. From the gate-by-gate computations, it then rebuilds, at any given time, the 3-D wake (or the 3-D wake envelope in PVM mode) generated by an aircraft following a given trajectory (with uncertainties/variations in PVM mode) within given meteorological conditions (with uncertainties/variations in PVM mode).

The DVM, which constitutes the core of the WAKE4D, has been developed at UCL since 2006. It integrates various validated physical models so as to forecast the transport and decay of the wake vortices generated by a given aircraft under given meteorological conditions.